Today, we are releasing pretix 4.9.0. This is mostly a maintenance release, fixing lots of bugs and improving on smaller features throughout the system.

pretix 4.9.0 is now available for installation via pip. The new Docker images will appear on Docker over the next few hours. All customers of pretix Hosted are already using the new version and do not need to take any action. 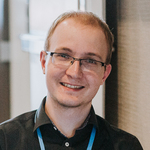